Home > Blog > The Dangers of Seafood Consumption Nobody Warned You About

The Dangers of Seafood Consumption Nobody Warned You About 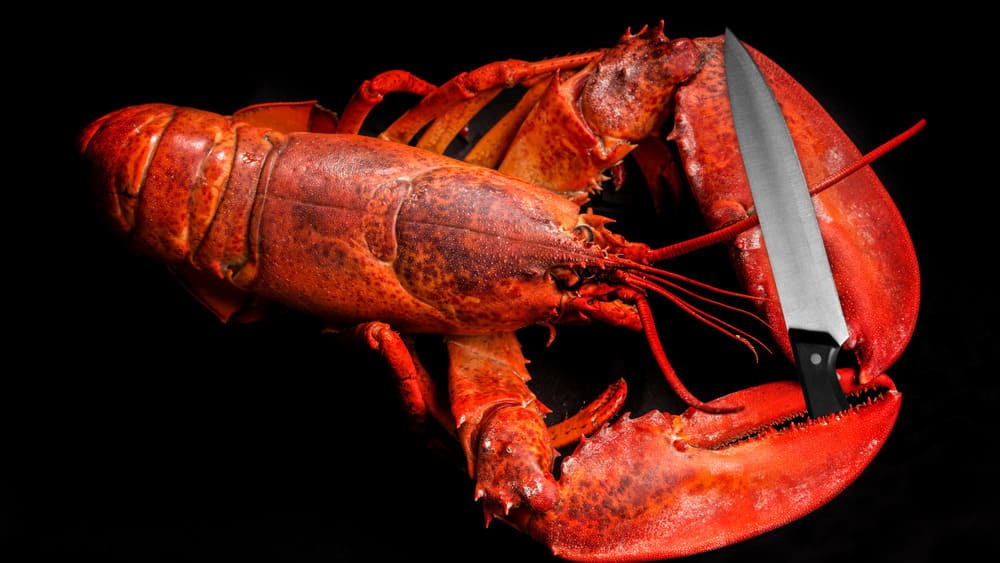 Deemed once the “healthiest food you can eat”, fish is now blacklisted by doctors. And the same goes for clams, oysters, and other seafood. Here are some hidden dangers of seafood consumption, nobody warned you about.

We don’t really include the dangers of getting stung or bitten, but this is also something to keep in mind!

The Risks of Seafood-Related Food Poisoning and Allergic Shock

Seafood is responsible for 11% of foodborne illnesses in the United States, whereas the percentage in Japan is up to 70%. Perhaps, the latter connected with the tradition of eating raw fish, which can get contaminated. According to an epidemiological report from the National Center for Biotechnology Information in the United States (NCBI), the main illnesses transmitted by fish and
shellfish fall into three categories:

Fish and shellfish, for example, are both on the list of the eight most common food allergies. In fact, it is estimated that approximately 2% of the US population has a seafood allergy. Symptoms may include swelling, vomiting, and hives. Sometimes, however, a seafood allergy can even be fatal. Extreme allergic reactions can lead to anaphylaxis, which often causes severe breathing problems and low blood pressure. Anaphylaxis can be fatal. And the cause is your immune system’s (over)reaction to a protein or substance. Although food allergies are usually detected in early childhood, they can occur anytime, even in adults.

Apart from severe allergic reactions, two more potential dangers from seafood consumption: infectious diseases and toxic syndromes. These two are usually associated with  Infections by microorganisms that exist in marine environments are much more common than most people think. In the 1970s, partially cooked mussels caused an outbreak of cholera in Italy that involved 278 people; 25 of them died. Apart from V. cholerae, other microorganisms that live naturally in marine ecosystems include the following: V. parahaemolyticus, V. vulnificus, aeromonas hydrophila, and plesiomonas shigelloides. They can all cause gastroenteritis and, in some cases, more serious diseases.

Another common cause of infections by pathogens from seafood is the presence of bacteria in polluted marine environments. Untreated sewage systems may cause species such as salmonella to accumulate in the marine environments we catch our food from. These bacteria can then pass on to us by consuming partially cooked or raw seafood. In some cases, the contamination may occur after harvest. Bad hygiene habits from food handlers poor temperature control may cause outbreaks of diseases associated with bacteria such bacillus cereus, c. perfringens, and listeria. It goes without saying that, apart from bacteria, fish and seafood can be contaminated by viruses and parasites. Tapeworms are a common… unwelcomed guest in Japan, where consuming raw fish is a cultural tradition.

Now, if we haven’t scared you enough, let me remind you of another seafood-related danger: intoxications. Generally speaking, there are four types of toxins in seafood:

That means that regardless of how clean the marine environment is and how carefully they handle the food, toxic syndromes are always a risk factor. Examples of seafood intoxications are:

Some of the above can even cause irreversible neurological damage, paralysis, or even death. Now, although allergic reactions, food poisoning, and toxic syndromes are more common than seafood consumers think, there are more hidden risks associated with their favorite meals. And these dangers are not related to how well the fish is cooked before eating. For example, have you ever wondered why pregnant women are often advised to eliminate seafood from their diets?

The Dangers of Mercury in Seafood & The Accumulation of Microplastics

The main reason doctors advise pregnant women to eliminate seafood is the presence of heavy metals, especially mercury. That is because it can damage the developing brains of human fetuses. These can lead to neurological issues and, in some cases, it may cause cerebral palsy or other conditions. Babies and small children are also at a higher risk. What most people don’t know, however, is that mercury poisoning can occur at any stage of life, as we’ve seen from the Japanese bay of Minimata.

As most of you already know, Japan’s food culture revolves around seafood. Minimata Bay is one of the many locations where locals depend on seafood for their survival and economic growth. Unfortunately, since the 20th Century, the bay has been associated with a neurological disease with the same name. Minimata is perhaps one of the most serious conditions associated with mercury poisoning. It can lead to paralysis, coma, and death within the span of a few weeks. The disease was discovered in 1956 and it has since been linked to the waste produced by a chemical factory that polluted the bay over many decades.

Now you may be wondering what mercury really is and how it is associated with seafood consumption. No, we are not talking about that Mercury…

No, not that one either.

Mercury is a heavy, silvery-white liquid metal. It occurs naturally in the environment and takes many different forms, such as:

Methylmercury is an organic form of mercury that humans are exposed to whenever they eat fish and shellfish. It is considered by the World Health Organization (WHO) as one of the top ten chemicals of major public health concern. Although mercury occurs naturally, human activity, such as coal-burning and mining, releases it into the environment. There, bacteria can transform mercury into methylmercury, its most toxic form. The latter bioaccumulates in fish and shellfish and, sometimes, biomagnifies. That means that big, predatory fish contain higher levels of this compound than smaller fish.

Mercury poisoning can result from exposure to water-soluble forms of mercury, by inhalation of mercury vapor, or by ingesting it in any form. Mercury poisoning refers to toxicity from mercury consumption. That occurs when you are exposed to it in large amounts, which can lead to health problems or even death. The most likely way to be exposed to methylmercury is by what you put into your mouth. Fish and chips on Monday evening, swordfish steak at the local restaurant on Wednesday, tuna sandwich for lunch on Friday, shellfish pasta on Saturday night – if your weekly diet plan looks similar to this, you might be accumulating harmful heavy metals in your body.

It is important to note that cooking or processing seafood do not remove methylmercury. That means that the safest way to avoid mercury poisoning is to reduce or even eliminate seafood from your diet, especially larger species of fish.  Symptoms of mercury poisoning include:

A person may also experience signs of acute toxicity. That is because mercury accumulates in the body. Warning signs include:

Another reason why some people may avoid seafood is the presence of microplastics. Humans are exposed to them in various ways, from drinking unfiltered water to using plastic cups and utensils to eat warm meals. Eating seafood, however, is one of the most common ways humans end up ingesting them.

Although we still don’t have enough evidence that shows that microplastics on their own can harm the body, they often carry chemicals that are known for being harmful. They have been associated with obesity and reproductive health problems. In children, they can even cause organ failure and developmental delays. Styrene in particular has even been linked to cancer.

Microplastic particles can also accumulate polychlorinated biphenyls (PCBs) that are also associated with various health problems. PCBs are a group of man-made organic chemicals consisting of carbon, hydrogen, and chlorine atoms. Although their production is currently banned in many Western countries, they are still traceable in the environment. They can be carried long distances and have been found in snow and seawater in areas far from where they were released into the environment. Ingesting them in high amounts can lead to endocrine, immune, and neurological problems. They are also considered to be possible human carcinogens.

Apart from the health dangers of seafood consumption on an individual, such as possible allergic reactions and intoxications, there is also a collective risk: the destruction of our marine ecosystems. That is because the popularity of seafood consumption, even in regions that are from the sea, has encouraged commercial fisheries to adopt unsustainable or even catastrophic fishing methods.

You have probably heard of the term “overfishing“. It is quite self-explanatory; it refers to catching too many fish, to the point they cannot replenish. This can even result in underpopulation if not extinction of an entire species of fish. To make the subject a bit clearer, imagine a lake with a well-balanced diversity of fish species: bass, carp, and perch. A commercial fishery starts targeting one of the species that is native to the lake. It uses a method called bottom trawling which herds and captures the target species by towing a net along the lake floor. As you can imagine, this is one of the most unsustainable fishing methods that exist to this day. The fish are caught before they can reproduce, affecting the biodiversity of the entire lake. The other species are also affected since one’s fish lifecycle is intertwined with another’s.

In total, there are five known unsustainable fishing methods that are still used in the open, unregulated seas:

The first is the process of dragging a fishing net along the seafloor, catching all sea creatures that reside there. The second refers to spraying a cyanide mixture into a fish’s habitat to stun fish and catch them alive – this affects not only the targeted fish, but all organisms that live in close proximity to it. Known also as “blast fishing” or “fish bombing”, dynamite fishing is an overfishing practice that uses explosives to stun or kill schools of fish at once.

Ghost fishing, on the other hand, is more terrifying than it sounds. We wish it referred to fishing actual ghosts, but it doesn’t.

It is the result of neglectful fishing practices. Whenever a net or other type of fishing gear is discarded or lost in the ocean, it will continue trapping, entangling, and killing marine animals and often destroy fish habitats. Lastly, by-catch refers to the capture and killing of species that were not meant to be caught in the first place. All of these methods contribute to the disruption of the biodiversity of our marine and clear water eco-systems. It goes without saying that, if our waters are lifeless, the entire planet will be at stake. And yes, everyone will be affected, regardless of how close to the ocean they are.

What to Eat Instead of Fish? Vish!

The term “vish” refers to “vegan fish”. Unless you live under a rock…

…then you know that alternative meat and fish products are already available on the market. You can now buy burgers made of vegetables and fish made of algae and peas. Now you may be wondering “what is the point” and even proceed to say “I would rather stop eating seafood altogether than pretend to eat plants that look like fish”. And we totally get your point. If you have ever had a craving even once in your life -for coffee, a soda drink, or junk food- you will understand that eliminating an entire food group from your diet is not so easy.

By using the latest food technology to offer safer and more sustainable options, consumers don’t have to make any compromises. They can safely maintain the same dietary habits, without exposing themselves to harmful toxins, heavy metals, and pathogens. And they do so without contributing to overfishing either!

Revo Foods is a revolutionary company based in Austria that develops high-quality seafood alternatives. Our first product, Revo Salmon, tastes and looks like conventional smoked salmon; it also comes with all the nutrients: Omega-3 fatty acids, proteins, vitamins… the list goes on. However, it is 100% plant-based, made of pea proteins and algae extracts! You can now avoid all the dangers of seafood consumption, just by switching to our plant-based alternatives. Join the seafood revolution with Revo Foods!