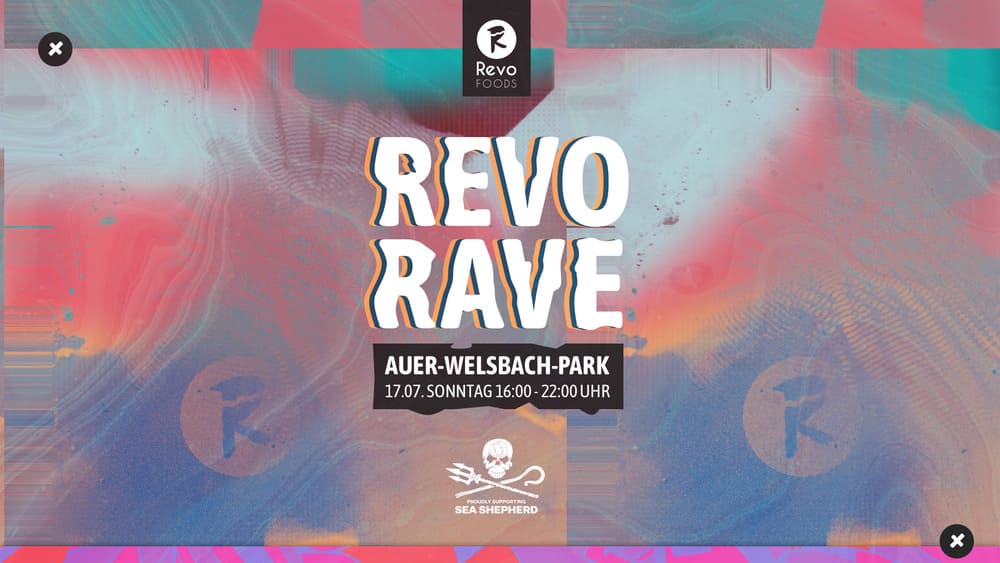 “Let’s dance and save our oceans.”

On Sunday, July 17th, 2022, Revo Foods will be hosting the best rave party of the summer in Vienna’s Auer-Welsbach-Park. Titled “RevoRave // ocean-solidarity DEMO”, the event aims at bringing people together to dance to great music and raise awareness and gather resources to save our oceans. The entrance is free and no tickets are required. However, a donation box will be placed at the event site to raise money for Sea Shepherd Austria. RevoRave will take place between 16:00pm and 22:00pm at Auer-Welsbach-Park (48°11’17.4″N 16°19’02.1″E) and, between 16:00pm and 18:00pm participants will be able to taste our 100% plant-based smoked salmon. Moreover, part of the event will be filmed by a professional videographer. Bring your own bottles, wear your most comfortable shoes and let’s dance to save our oceans.

Elias Eon, Georg Popoff, and Tim Slizzer met each other after sharing a flat. Together, they formed Mouthomatic or simply “M.O.M”, a beatboxing group that transformed the Austrian music scene. The Viennese group won the international beatboxing competition “Grad Beatbox Battle – World Tour” in 2021 and they have participated in many more events and competitions since then. The trio also provides beatboxing workshops to young people who are interested in the “fifth element of hip-hop culture”. M.O.M has also released its album named “Alpenbanger“, which is inspired by their Austrian origins. The album is a mix of rap, techno, and all the emotional states a human being can go through. 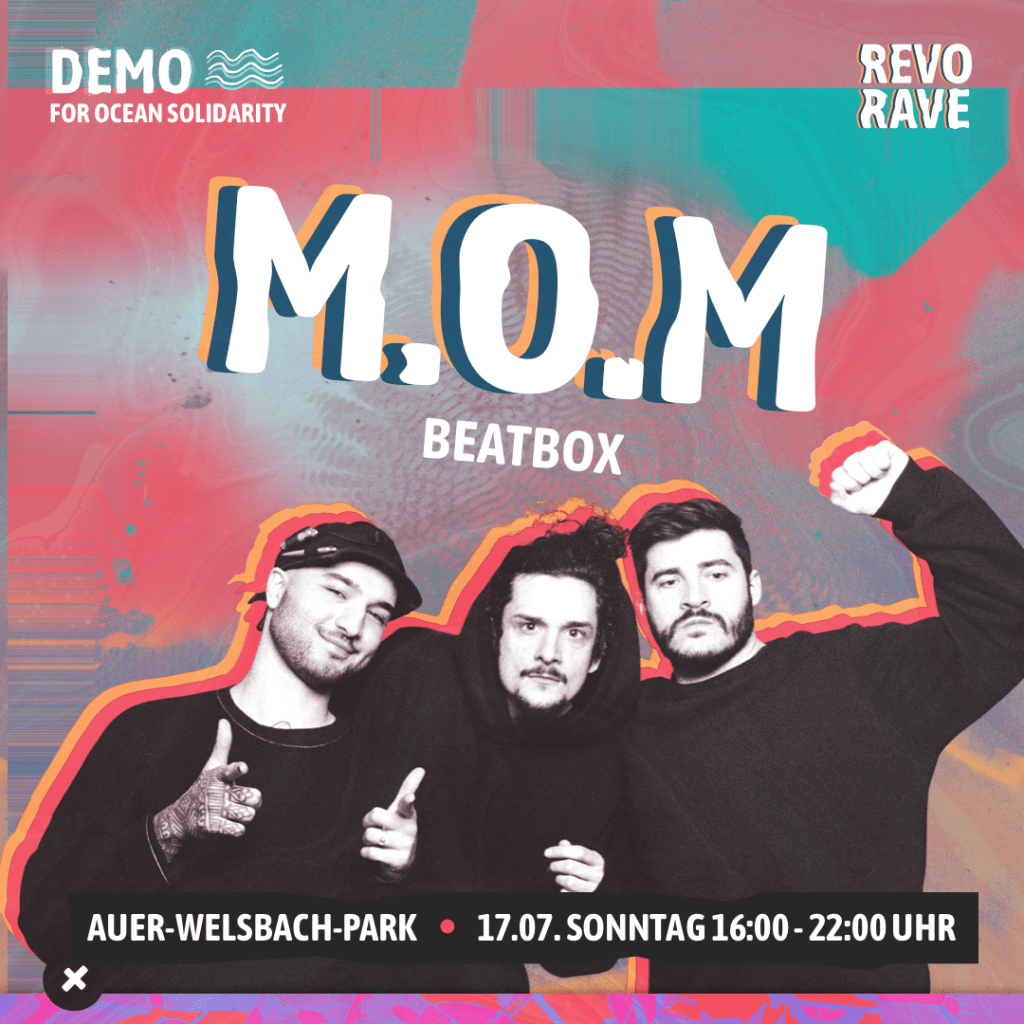 Like many great things, SIDEQUEST was born out of boredom: longtime DJ mates FVBIO, RAINDOGG, YUNG KALLAX and LOST TOURIST had been dwelling on ideas to enrich the Vienna music scene and to provide a new approach. But it wasn’t until they met SYNTHA that things finally got rolling. Coming from all different angles, the crew quickly found common ground around their longtime appreciation for all things UK Garage, Breakbeat and House. With their aesthetic that draws inspiration from their other hobbies such as old videogames, skateboarding, and amateur Handycam videos, the crew paints a vivid picture of a family with an honest love for dance culture. Never too much on the serious side of things, the five friends create a lighthearted environment that draws as much from the past as it looks forward, or to quote one of the members: “SIDEQUEST is as much a DJ crew as it as an experiment or a label, but ultimately its just a bunch of friends having fun.”

always on a sidequest™ 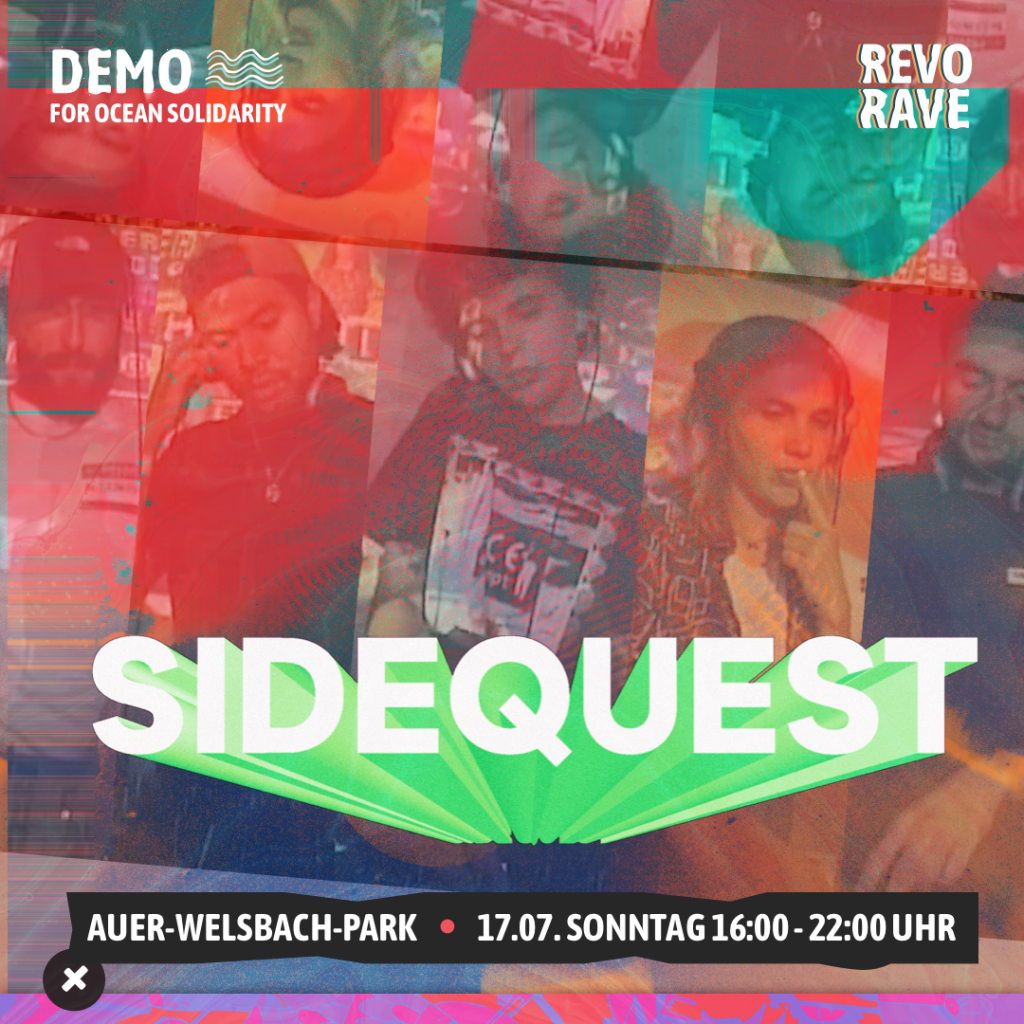 Sea Shepherd is an international, non-profit organization dedicated to protecting marine wildlife. Its mission is to end habitat destruction and animal slaughter in the world’s oceans. The organization employs innovative direct action tactics to investigate, document, and intervene when necessary to expose and counter illegal activities on the seas.