Why People Cut Down On Fish and Switch to Seafood Alternatives 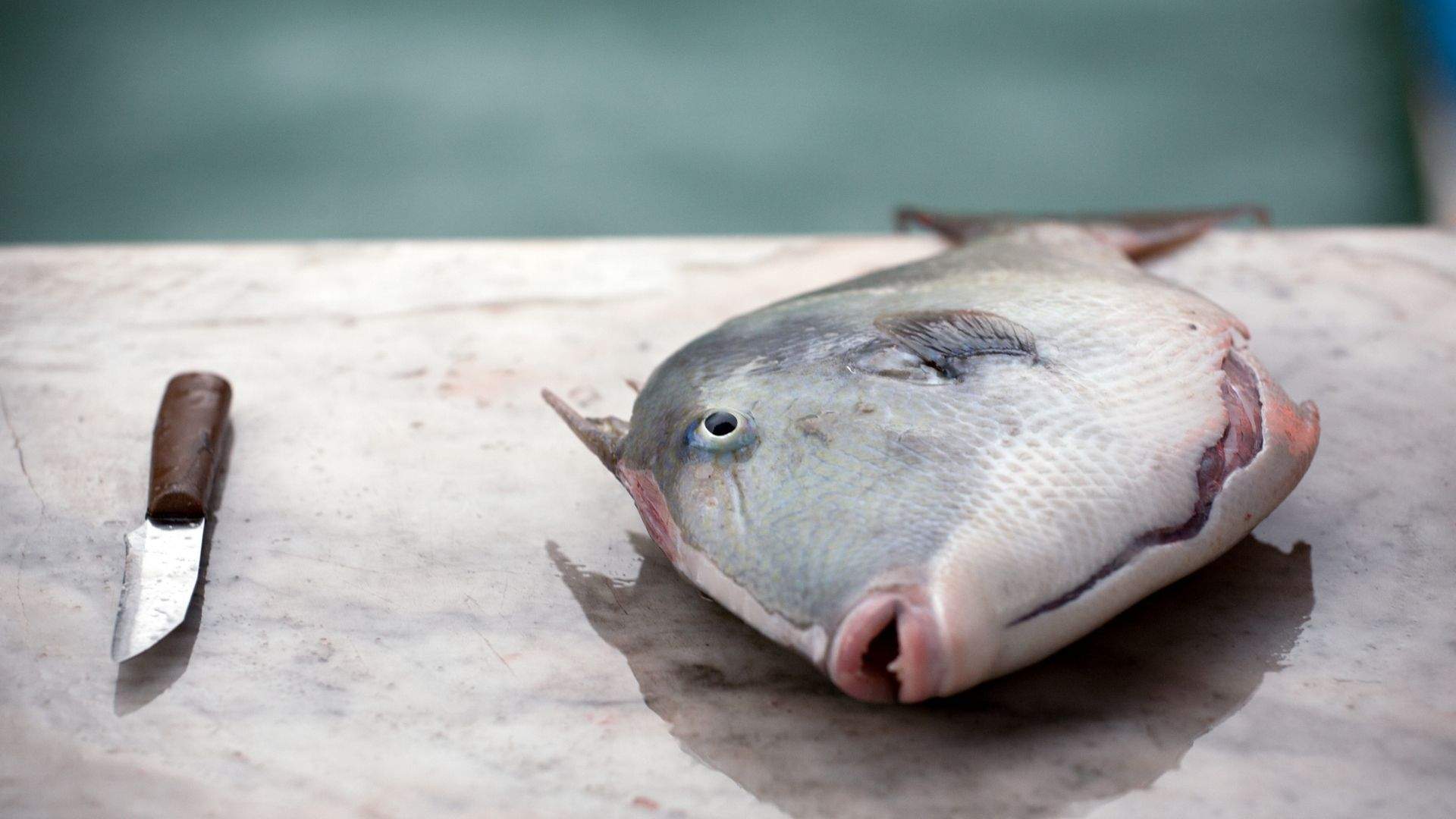 Before you say “it’s not real fish“, it is important to clarify that…  that is actually the point. Here is why people seek seafood alternatives.

Why Do People Stop Eating Fish “for the Environment”?

Fish and seafood have been included in people’s diets in many parts of the world for centuries. We eat fish because it is a good source of lean proteins and Omega-3 fatty acids. But over the past couple of years, we hear more and more who are reducing or even eliminating all types of seafood from their diets; a phenomenon that it’s not, however, shown in future projections. According to the OECD-FAO Agricultural Outlook 2020-2029, fish for human consumption is projected to increase by 16.3% in 2029 on a global scale. This projection does not counteract, however, the fact that more and more people now plan -at least on a theoretical level- to cut down on fish.

Since environmental campaigns, reports, and documentaries started highlighting the negative effects of the meat industry, people started cutting down on meat. Only in the United Kingdom, daily meat consumption dropped by 17% in just a decade. Well, this partly answers the question “why so many people stopped eating fish”. Big contributors to that might have been documentaries such as “Seaspiracy“, which bring the “dirtier” secrets of the fishing industry into light. Although such documentaries do take “ethos” into consideration – in other words, “how ethical it is to kill and eat fish- the main focus is sustainability.

Already since 2018, the United Nations had warned us that the “world’s fish consumption is unsustainable“. The organization warned us that “failure to apply effective fisheries management measures threatens both food security and livelihoods”. In order to satisfy the global demand for fish over the last decades, commercial fishing has used some of the unsustainable fishing methods to have ever existed. In another article, we saw the most common ones.

A great example might be bottom trawling or dragging. A huge net is dragged along the seafloor, catching any creature that stands in its way. Most of the time, species that are not meant to be caught end up being thrown back into the ocean, lifeless. And let’s not forget “ghost fishing“. What happens to all the lost or discarded nets, fishing rods, and other parts of the fishing equipment? You guessed it; they continue “fishing” and “catching” fish and other animals that dive into the waters. And these animals never make it into anyone’s plate.

“By-catch”, “ghost fishing”, “bottom trawling”. You may have heard these terms but you are unaware of their true…

Other Concerns | The Rise of Seafood Alternatives

Another concern, however, is that of the high concentration of heavy metals in fish populations. That’s especially true for Mercury, which, unfortunately, accumulates over time. According to the World Health Organization, “people are mainly exposed to methylmercury, an organic compound, when they eat fish and shellfish that contain the compound”. The compound is considered by WHO as one of the top ten chemicals or groups of chemicals of major public health concern. That is because it has toxic effects on the nervous, digestive, and immune systems. The same goes for lungs, kidneys, skin, and eyes.

But toxic heavy metals are not the only source of concern for many people. According to the United Nations Environment Programme (UNEP), “microplastics, microbeads, and single-use plastics poisoning sea life and affecting humans”. According to UNEP, microplastics are too small to be filtered out by waste treatment plants. As a result, they attract waterborne toxins and bacteria to their surfaces. Also, they resemble food for fish, amphibians, insects, larvae, and marine animals. The animals eat them and block their digestive tracts, causing physical problems.

Last but not least, many people cut down on fish and look for seafood alternatives for ethical reasons. Veganism for ethical reasons is on the rise; let’s not forget that The Economist magazine named 2019 “The Year of the Vegan”. Only in the US, meat consumption has declined by 17% over the past decade. Being vegan is not as quirky anymore in many parts of the western world. And eating vegan food in the modern world is not even that hard anymore. There are many plant-based meat alternatives that make maintaining a vegan diet possible in the long-run.

In an Essence, Here Is Why People Cut Down On Fish:

The Rise of Seafood Alternatives

Since many people started eliminating or decreasing their seafood consumption, the demand for seafood alternatives and vegan fish (often called “faux fish”) surged. Seafood alternatives are plant-based food items that mimic the taste, texture, smell, and overall feeling of real seafood. They might be made of peas, potatoes, rice, soy, or other proteins. Sometimes, they contain algae extracts, which basically give them the title of real seafood. Most of the time, seafood alternatives also contain important nutrients found in fish, such as Omega-3 fatty acids and lean proteins. At the same time, they exclude all the toxic components we mentioned earlier.

Someone may ask “what is the point” – why don’t people simply eat all other food groups, instead of creating “fake” fish out of these… other food groups. In other words, why don’t we eat peas, instead of making fish out of peas? We totally get this point. But let’s not forget that food is more than a group of nutrients served on a plate. There is a culture around food and, in some countries, culture actually revolves around it. Food is taste, memories, feelings, and emotions. We share food with others and we use our creativity to come up with new recipes.

For many people, eliminating seafood means never trying some of their favorite dishes ever again. Sushi, fish and chips, tempura prawns, or even tuna sandwiches are someone’s favorite meal or comfort food. By using plants to mimic seafood in taste, texture, and nutrients, we enable people to switch to their desired diet with fewer sacrifices. They have the same options as before and they only need to make a switch from conventional to alternative seafood.

In a Nutshell, People Switch to Seafood Alternatives Because:

A big YAY for seafood alternatives!

Revo Foods is one of the fastest-growing European start-ups that produce seafood alternatives. Founded in 2020 in Vienna, Austria, it has already swept Europe off its feet. Our revolutionary 100% plant-based Revo smoked salmon slices are distributed in over four countries, including Germany and Spain. More products, such as vegan fish spreads and tuna cans are also in the works. 3D food printing plays an important role in the development of our products but, don’t worry, your food won’t come directly out of a printer.

You can find Revo Foods’ products in selected restaurants and stores (both physical and online). You can check our interactive map with all available locations.