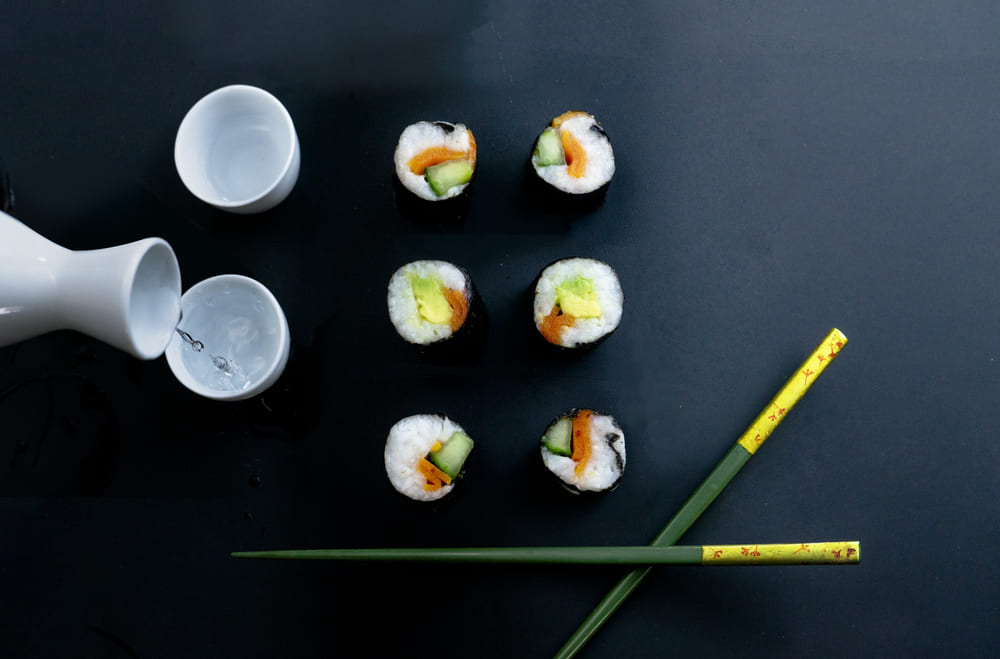 It’s 2022, we might not have flying cars but we have the ultimate vegan salmon maki recipe!

Who doesn’t love sushi and, of course, who doesn’t love maki rolls (makizushi)? Also called “rolled sushi”, maki is perhaps the most popular type of sushi out there. It is basically a cylindrical piece consisting of nori seaweed, vinegared rice, and different fillings, formed with the help of a bamboo mat known as makisu. This is then cut into multiple pieces, and each piece constitutes one sushi roll.

Common maki ingredients for the filling include raw salmon and cucumber slices. When vegans, vegetarians, or flexitarians order rolled sushi, they usually go for a simple cucumber maki. But how often can you eat rice and cucumber before it gets old? Thanks to Revo Foods, you can now enjoy… vegan salmon maki. We know that it sounds contradictory, but what if we told you that you can now enjoy alternative salmon made of plants?

Revo Salmon is made of peas proteins, algae extracts, and plant oils but looks and tastes exactly like conventional smoked salmon. The product is already available in more than 15 European countries and is about to fly overseas. By switching from conventional to Revo Salmon, vegans can enjoy the same recipes as they did before they changed their diets. Such as salmon sushi rolls for example.

For the ultimate plant-based maki recipe you will need:

Now it is time to roll the… rolls. To enjoy the vegan salmon maki you need to follow these steps:

Are you trying this at home? Make sure to tag Revo Foods on any images you share on social media!